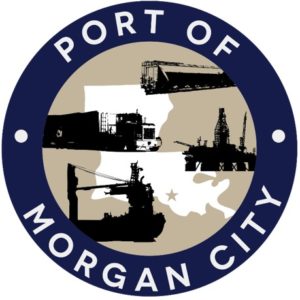 PORT OF MORGAN CITY, LA – On June 7th and 8th, 2022, the Ports of Morgan City, Krotz Springs, Avoyelles Parish, Central Louisiana Regional, Caddo-Bossier, Natchitoches Parish, and Red River Parish and the Red River Waterway Commission, in partnership with the U. S. Department of Transportation Maritime Administration (MARAD), hosted an Atchafalaya – Red River Maritime Roundtable.  The purpose of the event was to look for new opportunities for our Atchafalaya and Red River ports to increase waterway traffic along the designated MARAD M-49 Route that may reduce truck traffic while providing other public benefits to the region.

An avenue was provided for conversation to begin between ports, shippers and industry partners who shared a desire for options for efficient and cost-effective connections for the delivery of products on the U. S. inland river system and across the Gulf of Mexico.  The desired benefit would be to improve the bottom line for agribusiness, forestry, chemical industries and shippers of other commodities in the state of Louisiana and throughout the inland river system.

Attendees learned about economic development opportunities and about federal and state assistance available for public ports and private businesses.  Speakers from local and regional economic development agencies, Louisiana Department of Agriculture and Forestry, Louisiana Department of Transportation & Development, Louisiana Economic Development, the Southern United States Trade Association, and the U. S. Maritime Administration shared their knowledge.  Fascinating case studies were presented by established Marine Highway Project Designees.  Colonel Stephen Murphy, Commander of the United States Army Corps of Engineers (USACE) New Orleans District, and Ms. Patricia Hemphill, Deputy District Engineer for USACE Vicksburg District provided updates on projects and upcoming repairs for their respective areas of responsibility.  Additionally, each of the Atchafalaya and Red River Ports had an opportunity to tell the story of their individual ports and what they had to offer.

Mr. Jon McVay, President of Brice Civil Constructors, Inc. (Brice), provided a detailed presentation about the specialty-built dredge equipment Brice is now operating in the Atchafalaya River Bar Channel that is providing an efficient and cost-effective solution for channel maintenance.  Brice is an 8(a) Alaska Native Corporation Small Business.

The final sessions of the roundtable included small groups with a variety of backgrounds providing feedback during a SWOT analysis where participants discussed strengths, weaknesses, opportunities, and threats within their respective areas.  The groups were brought back together where a combined final draft analysis was prepared.  The Ports group and other interested parties will continue working with MARAD to evaluate their findings and determine how they might submit a Marine Highway Project Designation application for the region.

The event also included a special treat, a ribbon cutting ceremony celebrating the “re-opening of the Atchafalaya River” through the use of innovative technology that is consistently maintaining the Atchafalaya River Bar Channel which was subject to infilling of fluid mud referred to as “fluff”.  Prior dredging strategy and funding constraints had become detrimental to the Port’s import / export business and to the operation and growth of local industries.  The USACE, Port of Morgan City and Brice worked together to provide “fluff” management in the Atchafalaya Bar Channel 24 hours a day, 365 days a year.

During the ribbon cutting, which was held on the dock of the Port of Morgan City multi-modal terminal facility, a demonstration of the specialty-built dredge Arulaq, operated by Brice, was viewed by all in attendance.  Arulaq, in the Alaska Native Language Yupik, means to agitate.

The event was a part of MARAD’s roundtable program, where several ports came together as partners to pursue opportunities that would benefit their waterways as a whole.  The  ribbon cutting ceremony celebrated the re-opening of a waterway for commerce through the use of innovative dredging technology highlights the importance of the waterway system.

The Port of Morgan City, located on the South-Central LA Gulf Coast between New Orleans and Lafayette, LA, at the intersection of the Atchafalaya River and the Gulf Intracoastal Waterway, offers a multi-modal transportation network with waterway access in 4 directions, a 20’ deep by 400’ wide Congressionally authorized channel from Morgan City south to the Gulf of Mexico, 4-lane U S Hwy 90 (Future I-49), and BNSF & UP Class 1 rail service.   The Port is uniquely situated to ship and receive cargo throughout the United States, Canada, Mexico, Central America and the Caribbean.   With the use of innovative dredging, recent rail improvements and future dock expansions, the Port of Morgan City is ready to ship and receive cargo in all directions!