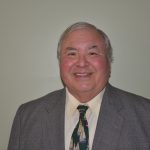 Captain Jeffrey Monroe is the primary Senior Port and Maritime Consultant with HDR, an international engineering and consulting firm. His role focuses on port and terminal management and planning, development, operations, transportation management, regulatory requirements, navigation and waterway analysis and freight and passenger logistics.  He is also the Director of Education and Standards, as well as a member of the Board of the International Association of Maritime and Port Executives (IAMPE). HDR is a sponsor of the IAMPE, a non-profit industry association dedicated to the education and development of maritime port managers and executives.

Capt. Monroe has over 40 years of professional experience in the maritime, aviation and transportation fields particularly in port and terminal development as well as vessel management, safety, security, and cargo handling.  He was the former Director of Ports and Transportation for the City of Portland, Maine and was previously the Deputy Port Director at the Massachusetts Port Authority.  He has testified before the United States Congress as an expert witness four times in relation to port safety and security and served as Chairman of the federal advisory committee that dealt with navigation safety reporting to the Commandant of the US Coast Guard and Chairman of the committee reporting to the US Secretary of Homeland Security on National Maritime Security. Capt. Monroe is the former President of the North Atlantic Ports Association and also served on several committees with the American Association of Port Authorities. In the last decade, he has completed over 50 port, terminal and maritime projects with HDR.

He is the seminar leader for the Maritime Executive Program and was the exclusive trainer for the Canadian National Defense Force Transportation and Movement Command and trained US Navy, Coast Guard and Military Sealift Command personnel in port operations and logistics. Capt. Monroe was awarded the Meritorious Public Service Award and Medal and a Citation for Outstanding Service twice by the Commandant of the US Coast Guard and a Commendation for Outstanding Public Service Contributions to Marine Safety by the Commander of the First District, US Coast Guard.  He was also presented the Security Partnership Award by the Department of Homeland Security; the Award for Outstanding Service and Leadership by the North Atlantic Ports Association; and the Transportation Security and Law Enforcement Partnership Award by the Transportation Security Administration.

Capt. Monroe holds a Bachelor of Science Degree in Marine Transportation from Maine Maritime Academy; a Master of Science Degree in Transportation Management from the State University of New York; a U.S. Coast Guard issued Federal License as Master, Steam and Motor Vessels, Any Gross Tonnage, Oceans; numerous professional maritime certifications and is an Accredited Marine Port ExecutiveTM, endorsed by the Loeb-Sullivan Graduate School of International Business and Logistics at Maine Maritime Academy.

In addition to his consulting work, he has authored several professional texts including Marine Radionavigation and Communications and the Dictionary of Marine and Transportation Terms.  He is also a contributing author for the Merchant Marine Officers Handbook. He is a member of the Propeller Club of the Port of Portland, Maine and a member of the New York and Portland Marine Societies.  In his training role, he has educated over 4,000 undergraduates, military personnel and maritime port managers and executives throughout North America.  His seminar participants include port professionals from all over the world.