Helm Fertilizer Doubles Down on Its Helena Harbor Facility

Helm Fertilizer Doubles Down on Its Helena Harbor Facility 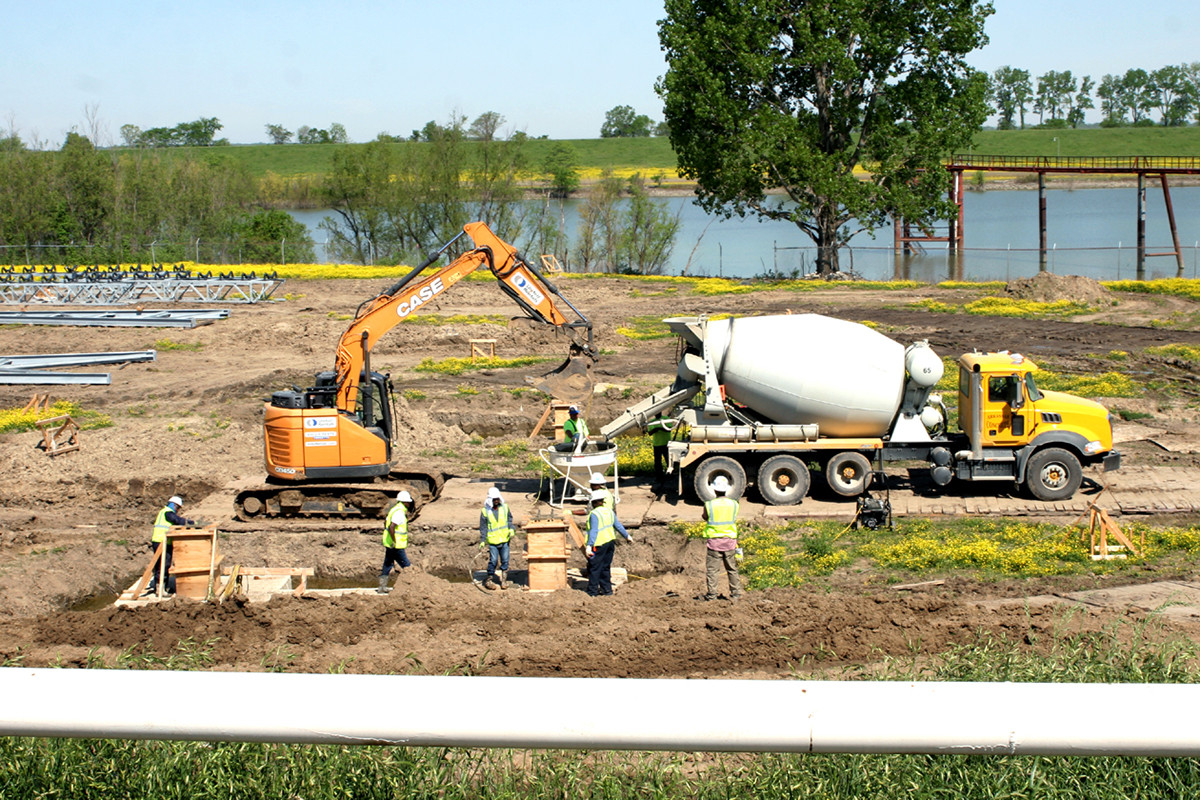 The last phase of a $12 million upgrade/expansion of the Helm Fertilizer facility is in motion at the Helena Harbor.

The same wet conditions that backed up farmers tending to their fields have delayed construction of a $12 million upgrade-expansion project at the Helena Harbor. The April 1 completion date slipped to May and then to mid-June at the Phillips County facility of Helm Fertilizer Terminal Inc. of Memphis.

“In all fairness, we want to capture some revenue this year,” CEO Scott Shirk said of the return on investment on the new construction that will boost Helm’s capacity to offload, blend and store fertilizer.

As work on the expansion presses on, truck traffic at Helm’s east Arkansas terminal is ramping up later than usual. Thanks to extended wet weather, spring planting of corn, rice and cotton in the mid-South is 25-40 days behind schedule.

That held up purchases of Helm’s nitrogen, potash and phosphate mixtures. But products from the terminal are finally flowing free as farmers hustle to get seed in the ground as best they can. The postponed rush of agricultural activity only recently produced the expected long line of trailer-towing trucks waiting to weigh in, load up and weigh out with fertilizer destined for Arkansas and Mississippi fields.

“This should have happened 30 days ago,” Shirk said.

More than 8,000 trucks hauled out fertilizer from Helm’s Helena Harbor facility last year. That represents more than 160,000 tons moving in and out of the terminal, which on April 21, 2021, posted a single-day record of 196 trucks — a feat made possible by upgrades in the previous three years.

New construction will produce a second conveyor system and a second warehouse to support a second barge dock. In all, the improvements to optimize the existing facility and expand will more than double the facility’s pre-2018 capacity.

The expansion will also add to Helm’s Helena Harbor staff of 11. “We run pretty lean, but we will add three or four jobs,” Shirk said. “Depending on how much growth we get, we may add more.”

In addition to its Mississippi River facilities at Memphis and the Helena Harbor, Helm Fertilizer Terminal operates on the Red River in Alexandria, Louisiana. About 600,000 tons of fertilizer per year move through the three locations.

When fully operational, the expansion will more than double the capacity of the terminal with added capacity to offload and store fertilizer. 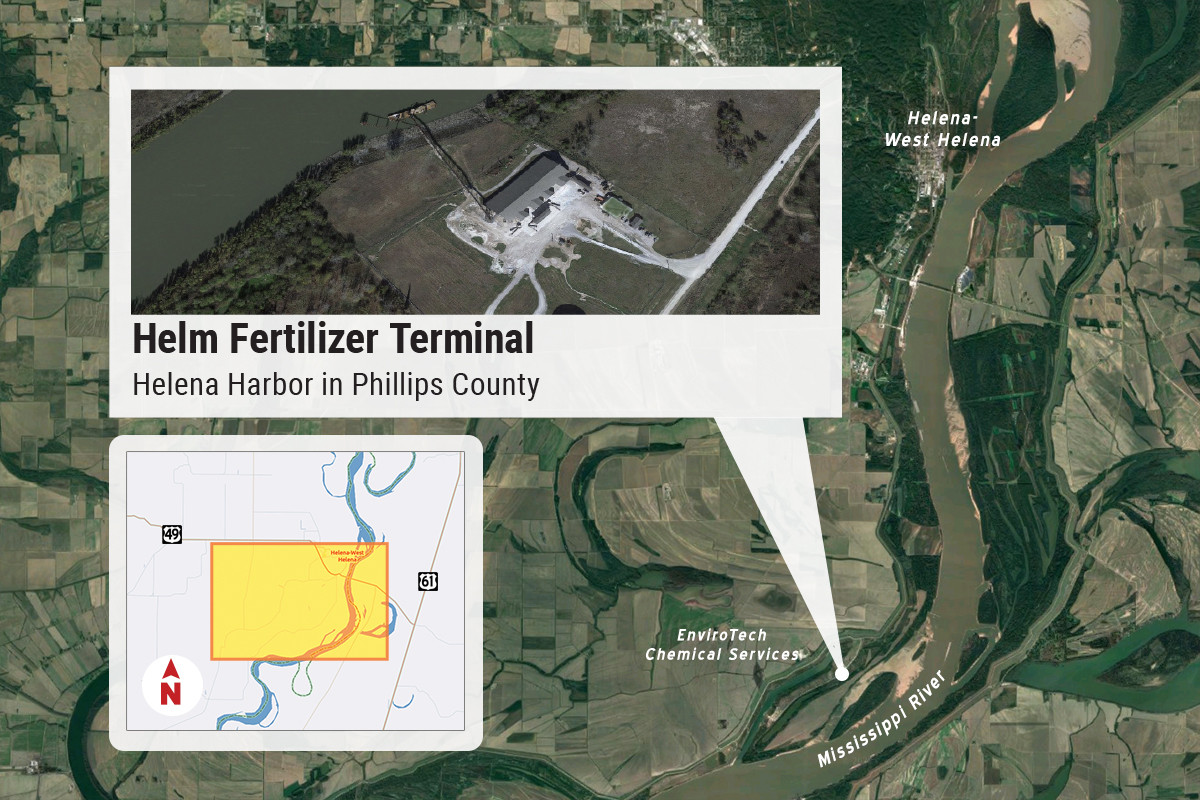 When fully operational, the expansion will more than double the capacity of the terminal with added capacity to offload and store fertilizer.

The corporation is cog in the great big wheel of Germany’s Helm AG, a global venture based in Hamburg touted as one of the world’s largest independent chemical marketing companies.

Opened in 1995, the Helena Harbor facility serves a roughly 100-mile-radius market area. The addition of rail shipping capabilities would enlarge that area.

“We’d certainly like to have rail,” Shirk said. “It expands our reach and takes trucks off the roads and gets us into markets that aren’t as accessible because of freight rates.”

After an unsuccessful effort last year, the Helena-West Helena/Phillips County Port Authority is reloading to piece together grant funding to extend the industrial park’s rail system to Helm.