EAST ALTON - Mike Marko has always had an entrepreneurial spirit. He has taken on the challenge of cleaning up land tracts where the old power plant used to be located and across Illinois Highway 143 on the bank of the Mississippi River. Mike Marko is the long-time owner of Mike's Shipyard Facility in East Alton and Mike's Inc. in South Roxana. 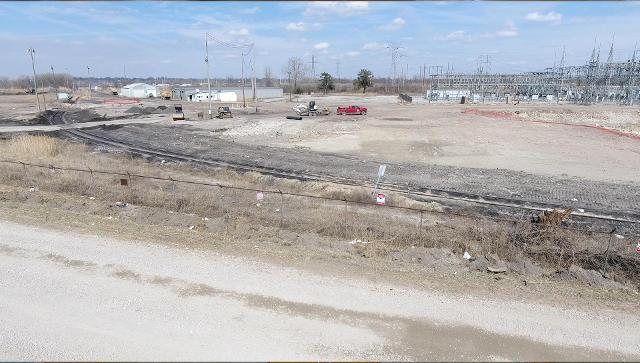 Marko has a plan to develop an industrial park in the old power plant location. He said he purchased 180 acres on the dry side and about 7-8 acres on the other side.

He plans to establish a riverfront dock on the Mississippi once he gets the Corps of Engineers' approval.

“It is the biggest thing I have ever gotten into,” he said. “Right now, I am trying to get it all cleaned up.”

Marko said he sat and watched as the original old energy plant was built at Illinois 143 in East Alton.

“I lived in a home in Rosewood Heights and could see it being built,” he said with some nostalgia in his voice.

Marko said his plan on the Mississippi River side of his project is to develop an area for barges and a new shipyard.

One of his current challenges is to fill the area that once held the big power plant building and smokestacks. He is always resourceful and Marko has been able to obtain free fresh red dirt from a leftover Alton project to fill the majority of the holes.

“I always try to economize,” he said. “Right now, I have the oldest operating towboat on the inland waterway built in 1926 and it is still operating.”

Marko is uncertain about the timetable to finish the new industrial park project, but he is hopeful to have cleanup and approval in the upcoming months.

“I don’t really know what will go in the business park,” he said. “But we have a four-lane highway with the river nearby and also train track access with three empty buildings and room for a lot more.”