Officials in Henderson County, Kentucky, made a major economic development announcement on Thursday.

On Thursday, it was announced that River View Coal LLC, which operates an underground coal mine in Union County, will expand its footprint in the state with a new facility in Henderson County, creating 260 well-paying jobs with a $35 million investment.

Leaders at River View will construct the new 30,000-square-foot facility on 56 acres in Henderson County in response to growing demand. 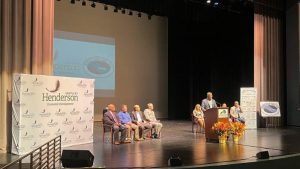 “River View is excited to expand into Henderson County. The coal industry has faced a lot of challenges in recent years, but this project allows us to continue to mine coal for the power producers who care about providing affordable and reliable electricity to homes and businesses,” said River View General Manager Bill Adelman. “Kentucky has many state and local elected officials who have supported investment and growth in our commonwealth. We’re appreciative of their efforts, and the laws they’ve passed, that make expansion opportunities like this one more likely to happen. River View looks forward to what this project means for our miners and Henderson County.”

Work on the River View project is expected to begin in April 2023 and be completed by December 2024.

We're told the jobs will pay an average hourly wage of $49, including benefits across those jobs.

River View, a wholly owned subsidiary of Alliance Coal LLC, began producing coal in 2009 and is now the largest underground room-and-pillar mine of its kind in North America.

You can see a full news release on Thursday's announcement here.