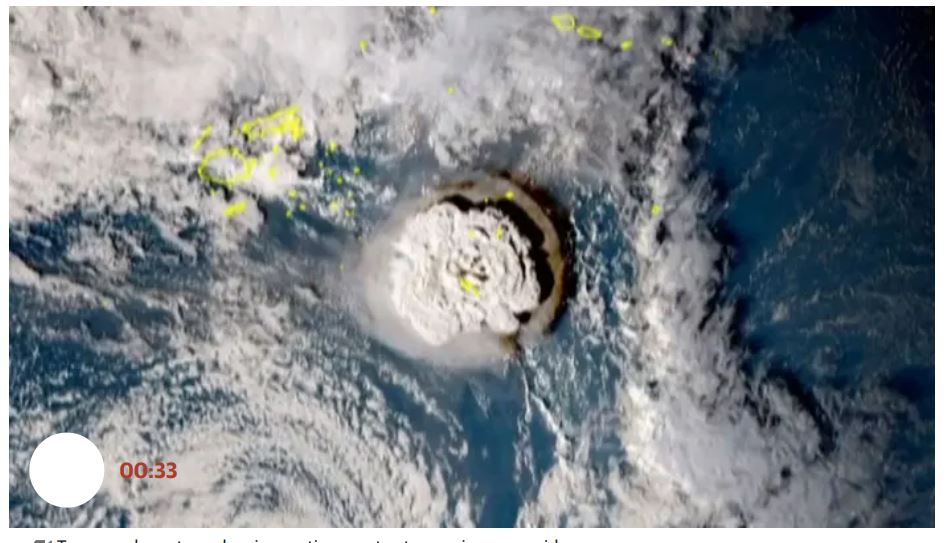 Tsunami warnings are in place for several South Pacific nations, in western Alaska and along the California-Mexico border, after the eruption of an underwater volcano on Saturday.

Waves were observed in Tonga’s capital and the capital of American Samoa, a US-based tsunami monitor said.

In the US, the National Weather Service (NWS) said tsunami advisories remained in effect for Alaska, Hawaii and the west coast. Officials in California issued warnings and closed some beaches and piers. 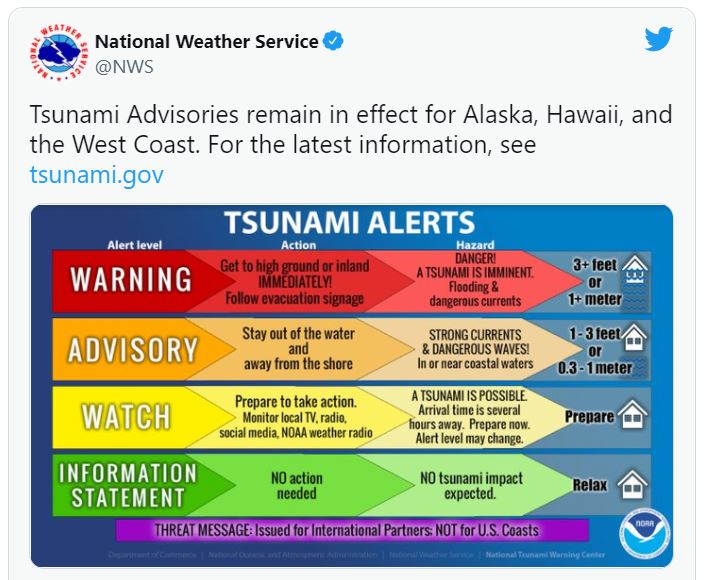 Los Angeles county officials issued an advisory for residents to “move out of the water, off the beach” and to stay away from the shore until officials indicate it is safe, the LA Times reported.

The eruption of the Hunga Tonga-Hunga Ha’apai underwater volcano, located about 40 miles north of Tonga’s capital, Nuku’alofa, caused a 4ft (1.2-metre) tsunami, Australia’s Bureau of Meteorology said. There were no tsunami warnings for Australia.

Tsunami waves of 2.7ft were observed by gauges at Nuku’alofa and waves of 2ft at Pago Pago, the capital of American Samoa, the Pacific Tsunami Warning Center said. 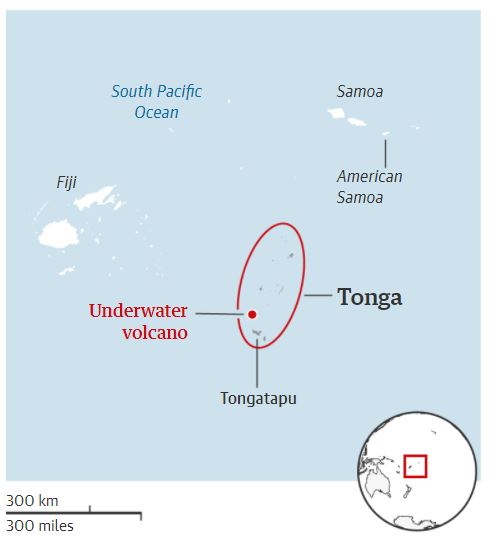 Fiji issued a tsunami warning, urging residents to avoid the shorelines “due to strong currents and dangerous waves”.

Jese Tuisinu, a television reporter at Fiji One, posted a video on Twitter showing large waves washing ashore, with people trying to flee from the oncoming waves in their cars.

“It is literally dark in parts of Tonga and people are rushing to safety following the eruption,” he said.