The Christmas holiday arrived a little early this year for the Paducah-McCracken County Riverport Authority, as it will receive $3.32 million in federal funding for infrastructure improvements at the riverport.

On Thursday, U.S. Department of Transportation Secretary Pete Buttigieg announced the award of more than $241 million in discretionary grant funding for 25 projects to improve port facilities in 19 states and one territory, through the Maritime Administration’s Port Infrastructure Development Program. The projects include the Paducah riverport’s Bulk Yard Infrastructure Revitalization and Expansion Project.

“U.S. maritime ports play a critical role in our supply chains,” Buttigieg said, in a news release. “These investments in our nation’s ports will help support American jobs, efficient and resilient operations, and faster delivery of goods to the American people.”

The funds will be used to modernize “material handling equipment, repair damaged facilities and upgrade site conditions” at the riverport’s bulk yard, according to the news release. 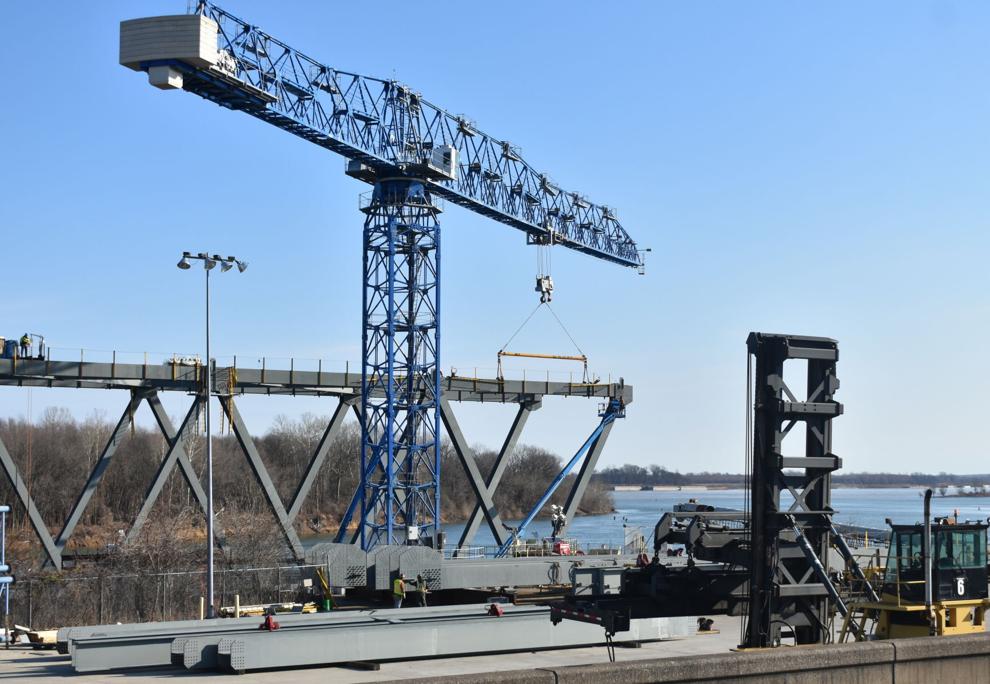 He is “extremely excited” about the federal funding, and appreciates the support from government officials and others. As an example of the project improvements, Cahill said it has three primary stackers, or equipment that puts product into different locations at the yard, which date back several decades. They are “big ticket items” and need replacement, having reached their useful life expectancy.

He described the riverport’s job as providing a cost-effective transshipment solution that grows economic opportunities.

“Ultimately, we provide products — we transship products to 31 counties in four states, and most people don’t realize that,” Cahill said.

In a news release Wednesday, Senate Republican Leader Mitch McConnell, and Rep. James Comer, R-Ky., focused on the riverport’s significance in their comments.

McConnell said it’s one of the most important transportation hubs in Kentucky, and noted it’s located at the heart of the country’s inland waterway system.

“It is more important than ever to be able to move much-needed materials in and out of our state efficiently,” he said.

“(This week’s) grant announcement is a major step forward in the modernization and improvement of Kentucky’s river infrastructure. I was proud to stand alongside Congressman Comer and the Paducah-McCracken County Riverport Authority in advocating for this grant’s approval.”

Comer referred to the riverport as being “vital” to safely transporting commodities the country’s economy relies on.

“Given its strategic location and key role in the shipment of goods, Paducah is the perfect recipient of this competitive grant to improve economic development and inland waterway transportation in the United States,” Comer said. “I’m eager to see this quality investment in Kentucky’s waterways get off the ground, and was happy to join Senator McConnell in successfully pushing for this funding.”

More information about the riverport project, grant application and letters of support from local, regional and state officials, as well as from different businesses and organizations, are available online at paducahriverport.org.