What’s That Big, New Tower at The Port? 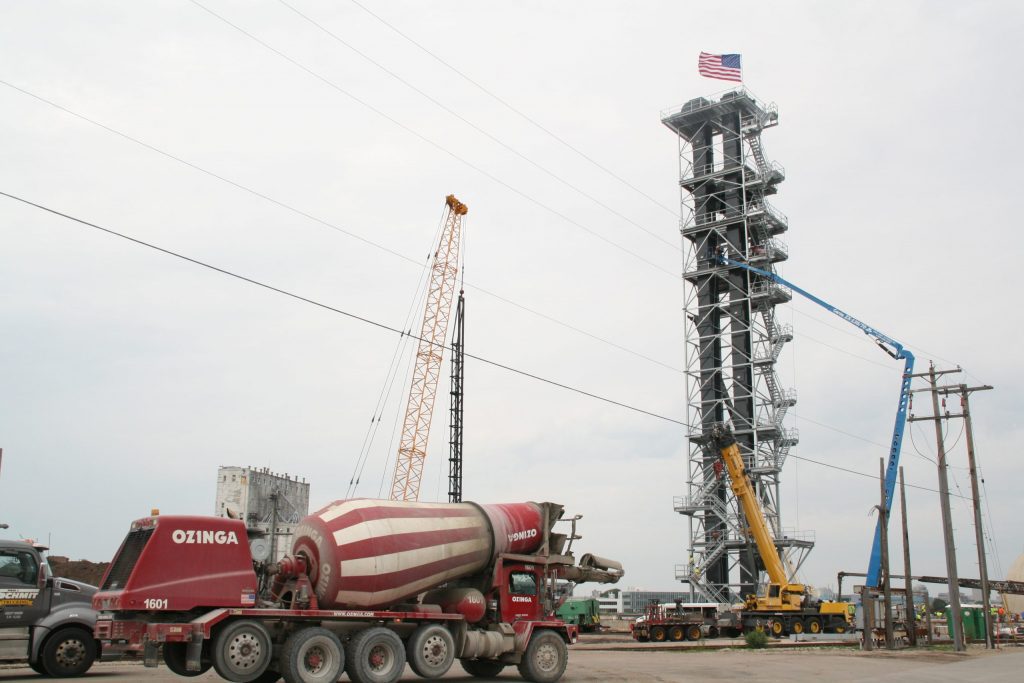 The largest investment in Milwaukee’s port since the Saint Lawrence Seaway opened in 1959 is taking shape.

The new $35 million facility, which will be operated by the Clinton-based DeLong Company, will be primarily used for exporting a nutrient-rich byproduct of converting corn to ethanol to Europe, the Middle East and Africa.

Led by Governor Tony Evers and U.S. Senator Tammy Baldwin, officials held a ceremonial groundbreaking in October, but there wasn’t much to see as the site was still a gravel lot amidst the 467-acre port. Instead of turning over dirt, dignitaries tossed shovels of something referred to as DDGS, or dry distillers grain with solubles, the primary product that will be exported from the facility.

Now the future footprint of the inner harbor facility is clearly visible. A metal tower, wrapped in an open-air staircase, is visible from the Hoan Bridge. It’s part of the conveyance system to move DDGS through the complex, and ultimately, onto ships. The sizable footprint of the product storage building is also visible, with a concrete foundation poured.

The new complex will play a critical transloading role in connecting Wisconsin’s nine ethanol plants as well as those in southern Minnesota, northern Iowa, South Dakota and North Dakota with foreign markets where animal feed is in short supply. It will also enable exports of other farm products.

DeLong already coordinates DDGS exports, via shipping containers and coastal ports, to Asia. But the new facility will provide a purpose-built facility and logistics network to compete in many more markets. It will also allow DeLong to avoid using shipping containers that are ill-suited for the moisture-laden product and in increasingly short supply.