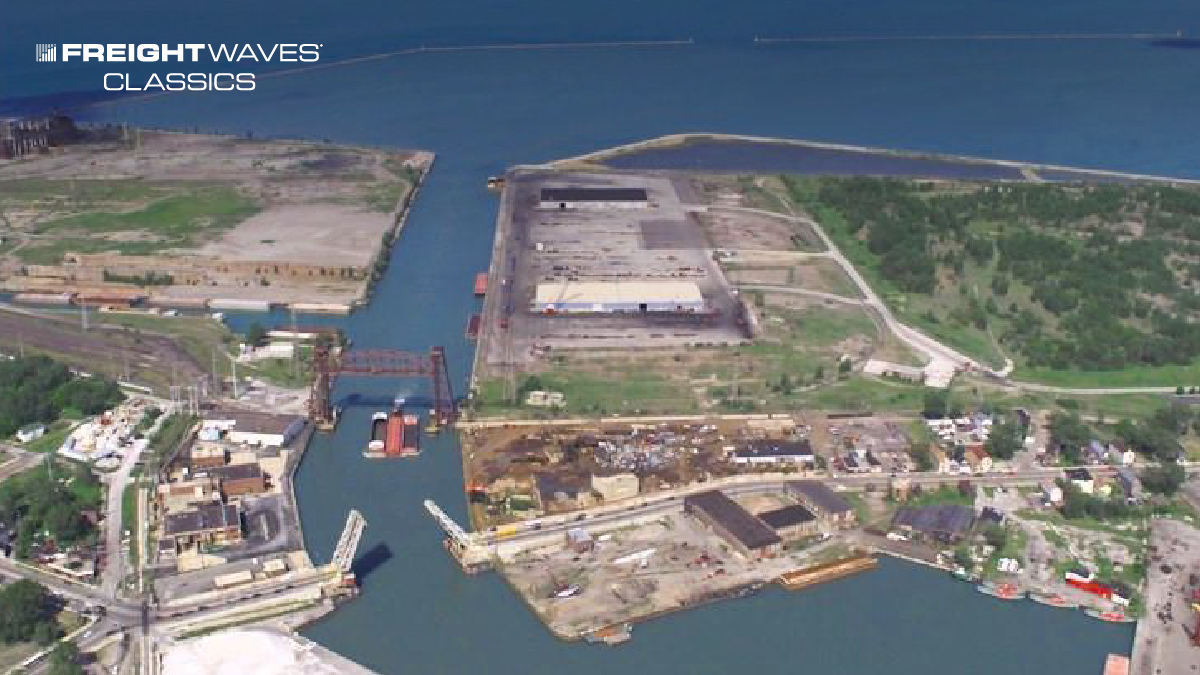 The Port of Chicago consists of several major port facilities within the city of Chicago. The port is operated by the Illinois International Port District (IIPD). It is a multimodal facility composed of Senator Dan Dougherty Harbor (Lake Calumet) and the Iroquois Landing Lakefront Terminus. Calumet Harbor is the central element of the Port District; it is maintained by the U.S. Army Corps of Engineers.

The Port of Chicago links inland canal and river systems in the midwestern United States to the Great Lakes. From there, shippers have access to the St. Lawrence Seaway a link to the Atlantic Ocean and international markets. In addition, shippers have access to the Gulf of Mexico via the Mississippi River. The IIPD is the only port facility that is both a Great Lakes Port as well as an Inland Rivers Port.

As indicated in the article’s headline, the Port of Chicago bills itself as the “greatest intermodal facility in North America” through its marine, rail and highway connections.

Tonnage from all over the world comes into the Port of Chicago via ship. In addition, practically all Midwest barge carriers serve the Port’s terminals with open top, covered and liquid commodities. This equipment is suited for inland waterways as well as for service to and from other ports on the Great Lakes.

Midwestern shippers that use the Port of Chicago’s marine capabilities instead of overland transportation to a coastal port save financially.

Twelve railroads (including the six Class I railroads) using the Chicago rail hub service selected terminals at the port, which has excellent terminal and rail switching services.

Another advantage is that the major railroads in the Chicago area have reciprocal switching arrangements. This means that line haul movements to and from the area by one railroad and service to a port terminal by another railroad is handled without extra switching charges for either shippers or consignees.

Nearly 600 line haul and local cartage carriers provide a full range of motor services to the port.  Many trucking companies provide overnight service to and from locations throughout the Midwest. In addition, the Port of Chicago is strategically located at the convergence of the three largest interstate highways. In addition to these interstate highways there are four more interstates within 10 miles of the port. It is the most accessible port for transloading and multi-modal distribution in the Midwest.

In regard to support services, freight forwarders, export packaging, international banking and customs brokers offer their specialized services at the port. In addition, consolidators, shippers’ associations, forwarders and expediters, specialists in fragile and perishable cargoes and other services are available to port customers. Specialized transportation-related services, such as marine insurance, cargo inspection and surveying, off-premises storage, weighing and certification are offered by a variety of businesses. Finally, the port has significant warehouse facilities.