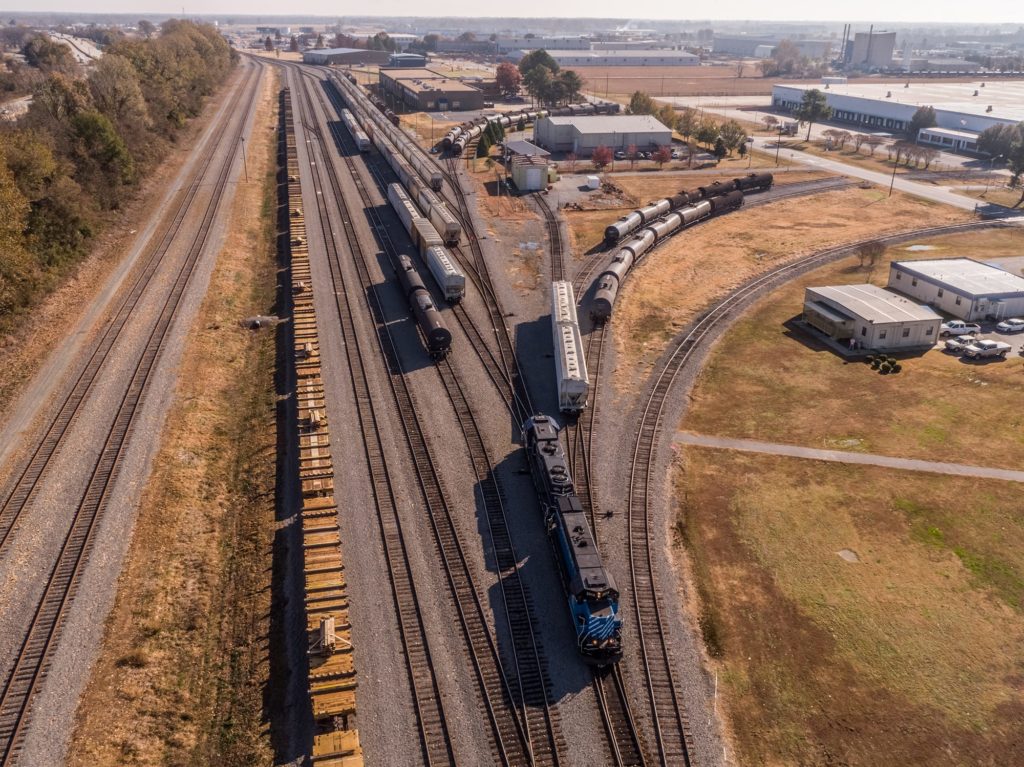 The Port of Little Rock Railroad operates a five-person crew Monday through Friday, with switching services provided from 7 a.m. to 7 p.m.

The Little Rock Port Authority is set to receive approximately $5.6 million from the federal government to extend railroad tracks and build an engine maintenance facility, according to a Thursday news release.

The port will match 25% of the federal funding awarded under the Consolidated Rail Infrastructure and Safety Improvements grant program, the announcement from the U.S. Department of Transportation's Federal Railroad Administration said.

The money for the port is part of more than $368 million in grant funding that will support 46 projects in 32 states plus Washington, D.C., the release said.

In Little Rock, the grant will allow the port to construct 11,215 feet of track at its Slackwater Harbor siding and North Marshaling Yard tracks. Additionally, the port plans to build an engine maintenance facility that will allow two locomotives to be stored and serviced, with room for two more in the future, the release said.

The maintenance facility is expected to include an "inspection pit" as well as support offices for the facility.

Bryan Day, the port's executive director, said in a phone interview Thursday that it was the port's second time applying for the same project under the federal grant program.

With companies like Trex Co., Inc., Synthesia Technology Inc. and Welspun Tubular LLC using or set to use the port, "all of a sudden, our rail system's gonna fill up again, and this grant will allow us to continue to serve customers to continue to grow," Day said.

Welspun's pipe manufacturing facility at the port opened in 2009. Winchester, Va.-based Trex, a manufacturer of wood-alternative decks and railing, announced plans to build a factory at the port last October.

And in late March, officials announced Barcelona-based Synthesia would construct a facility at the port to produce insulation.

Day noted that "infrastructure's really expensive and it's hard for us to do without some kind of public support."

Asked about revenue-generating potential associated with the project, Day said that when the pandemic hit, there were 20,000-30,000 empty rail cars nationwide that needed to be stored someplace. The port stored about 400 cars when it could, Day said, "but we didn't have enough track to store more."

One mile of track allows storage of about 100 cars, he said. The additional feet of track might allow the port to store a couple hundred rail cars, which generates a lot of money, but will also allow it to serve customers like Welspun or Trex, according to Day.

The facility the port plans to build will allow it to service locomotives at a better rate, he said.

The news release from the Federal Railroad Administration highlighted a near-tripling of funding for the rail infrastructure program to $1 billion annually for the next five years as a result of bipartisan infrastructure legislation President Joe Biden signed into law in November.

"We're proud to award these grants to improve passenger rail for riders and strengthen the freight rail that underpins our supply chains and makes our economy work," U.S. Transportation Secretary Pete Buttigieg said in a statement included with the release.