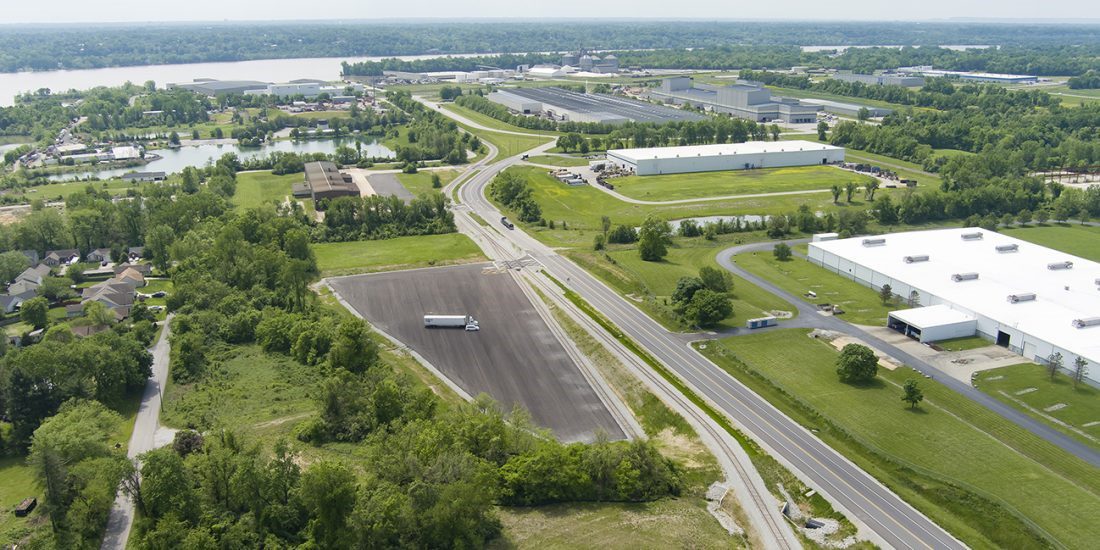 JEFFERSONVILLE, Ind. – The Ports of Indiana-Jeffersonville is celebrating the completion of $24 million in infrastructure enhancement projects. The Port received a $10 million Transportation Investment Generating Economic Recovery (TIGER) grant in 2015 initiating big changes in Jeffersonville. All projects were completed in 2022.

The grant provided partial funding for $24 million in infrastructure enhancements that has added four miles to the port’s existing 11-mile rail network. The projects have enhanced and overhauled the railroad infrastructure and intermodal capabilities throughout the entire port. The projects included:

Through a taped video, Governor Eric Holcomb said (in part), “We couldn’t be prouder to welcome (barges) from all over the world carrying millions of tons of cargo every year, supporting tens of thousands of careers and billions of dollars of economic impact. It’s truly what propels our progress. Thank you for your continued commitment to fostering economic vitality through world-class infrastructure and keeping it all flowing so we all can keep growing.” See full video from Gov. Holcomb.

About the TIGER Program: The Transportation Investment Generating Economic Recovery, or TIGER Discretionary Grant program, allows the U.S. Department of Transportation to invest in road, rail, transit and port projects. Applicants compete for funds and must detail the benefits their project would deliver for five long-term outcomes including safety, economic competitiveness, state of good repair, quality of life and environmental sustainability. Information: transportation.gov/tiger