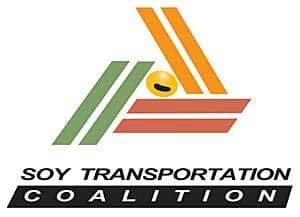 Funded by the soybean checkoff

Ankeny, Iowa – As U.S. soybean farmers continue to encounter challenges with both growing a crop and marketing a crop, it remains essential to maintain and enhance the transportation system established to transport that crop. U.S. soybean farmers are not only increasing the time and effort devoted to improving the competitiveness of their transportation network, they are also strategically investing resources to do so.

The 256-mile stretch of the Mississippi River from Baton Rouge, Louisiana, to the Gulf of Mexico accounts for 60% of U.S. soybean exports, along with 59% of corn exports – by far the leading export region for both commodities. There is a growing effort among Mississippi River stakeholders, including agriculture, to promote the dredging of the lower river shipping channel from 45 ft. to 50 ft. in depth.

The United Soybean Board (USB) recently announced a $2 million allocation to help offset the planning, design, and research costs of deepening the lower Mississippi River from 45 ft. to 50 ft. The 73 USB farmer-directors are responsible for investing soybean checkoff funds to enhance the value and preference for U.S. soy.

“During this challenging period, soybean farmers are being aggressive in trying to increase our competitiveness,”

says Mike Bellar, a soybean farmer from Howard, Kansas, and chairman of the Soy Transportation Coalition (STC). “The

$2 million in funding from our national checkoff organization, the United Soybean Board, will help improve our number one export region of U.S. soybeans. It will remain critical for the Soy Transportation Coalition, the American Soybean Association, and the individual state soybean associations to continue to promote this project at the federal and state level.”

The overall project is estimated to cost $245 million and would occur in three phases. Two of the phases will be cost-shared between the federal government (75%) and non-federal sources (25%). The State of Louisiana has been designated as the obligated non-federal entity.

Mexico. Removing this bottleneck would provide a 50-ft. deep channel to approximately Mile 154 [AHP] of the river. A substantial number of soybean and grain export terminals are located within this portion of the

USB is allocating the $2 million to help offset planning, design, and research costs, combined with approximately

Recent research conducted by the Soy Transportation Coalition concludes that shipping costs for soybeans from Mississippi Gulf export terminals would decline 13 cents per bushel ($5 per metric ton) if the lower Mississippi River is dredged to 50 ft. A deeper river will allow both larger ships to be utilized and current ships being utilized to be loaded with more revenue-producing freight.

The research also identifies the impact on interior basis – the difference between the local price a farmer receives and the market value established by the Chicago Board of Trade – for soybeans in 31 states if the lower Mississippi River shipping channel is dredged.  It is well established that farmers located in closer proximity to the nation’s inland waterways and barge transportation enjoy a positive or less negative basis vs. soybeans grown in areas further removed. As a rule, the less-costly and more efficient the supply chain is subsequent to farmers delivering their soybeans, the higher value a farmer will receive for the bushels of soybeans produced. The STC directed the researchers to produce basis maps for soybean-producing states located adjacent to navigable inland waterways – highlighting the current situation and how basis could improve for soybean farmers if the lower Mississippi River shipping channel is dredged to 50 ft.

As the above basis maps highlight, areas of the state of Illinois enjoying positive or slightly negative basis will expand if the lower Mississippi River is dredged to 50 ft. The areas with more pronounced negative basis will be crowded out by more favorable basis territory. It is estimated that this development will result in Illinois soybean farmers annually receiving over $77 million more for their soybean crop. This dynamic will be replicated in other soybean producing states along the inland waterway system.

The STC research estimates farmers in the 31 evaluated states will annually receive an additional $461 million for their soybeans due to dredging the lower Mississippi River to 50 ft. While those states located in close proximity to the inland waterway system will realize the most benefit, states further removed will also benefit from the increased modal competition between rail and barge. When modal competition increases, a downward pressure on shipping rates will often occur.  With barge transportation becoming more viable for a larger percentage of the soybean-producing areas of the country, there will be a greater degree of overlap between areas served by railroads and barge. Soybean shippers will benefit from this modal competition.

“If I had to select a single infrastructure enhancement that would provide the most benefit to the greatest number of U.S. soybean farmers, deepening the lower Mississippi River would be my choice,” explains Mike Steenhoek, executive director of the Soy Transportation Coalition. “Soybean farmers are demonstrating a willingness to collaborate with federal and state government on an innovative public private partnership that will enhance the competitiveness of both agriculture and a host of other industries. The Soy Transportation Coalition, the American Soybean Association, state soybean associations, and other stakeholder groups look forward to working together to ensure this critical project becomes a reality.”

Additional information can be accessed via the STC’s website at www.soytransportation.org.

Established in 2007, the Soy Transportation Coalition is comprised of thirteen state soybean boards, the American Soybean Association, and the United Soybean Board. The goal of the organization is to position the soybean industry to benefit from a transportation system that delivers cost effective, reliable, and competitive service.